Link to "Neural Networks for Class 10 CBSE" page as: 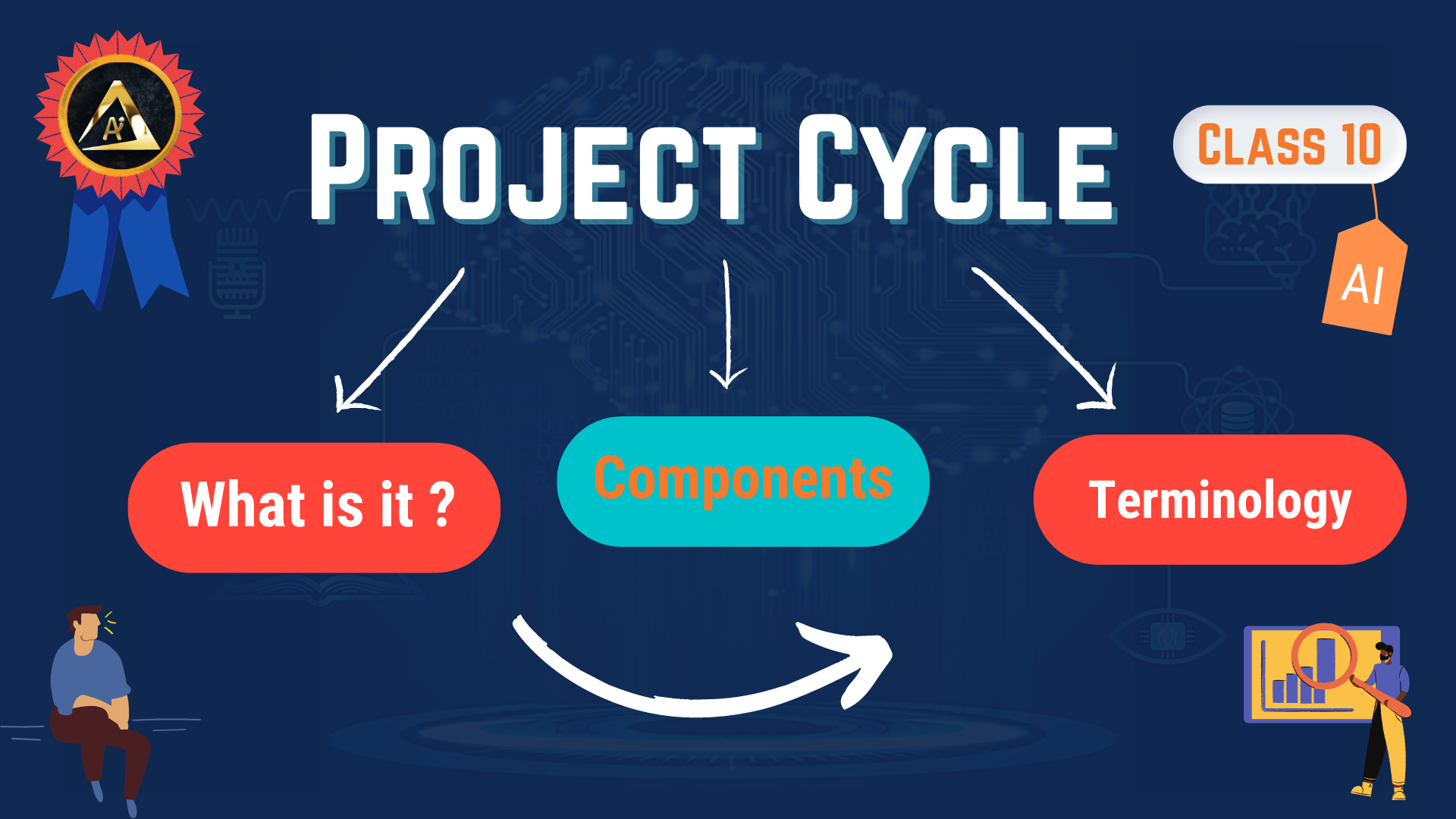 What is Neural Network ? 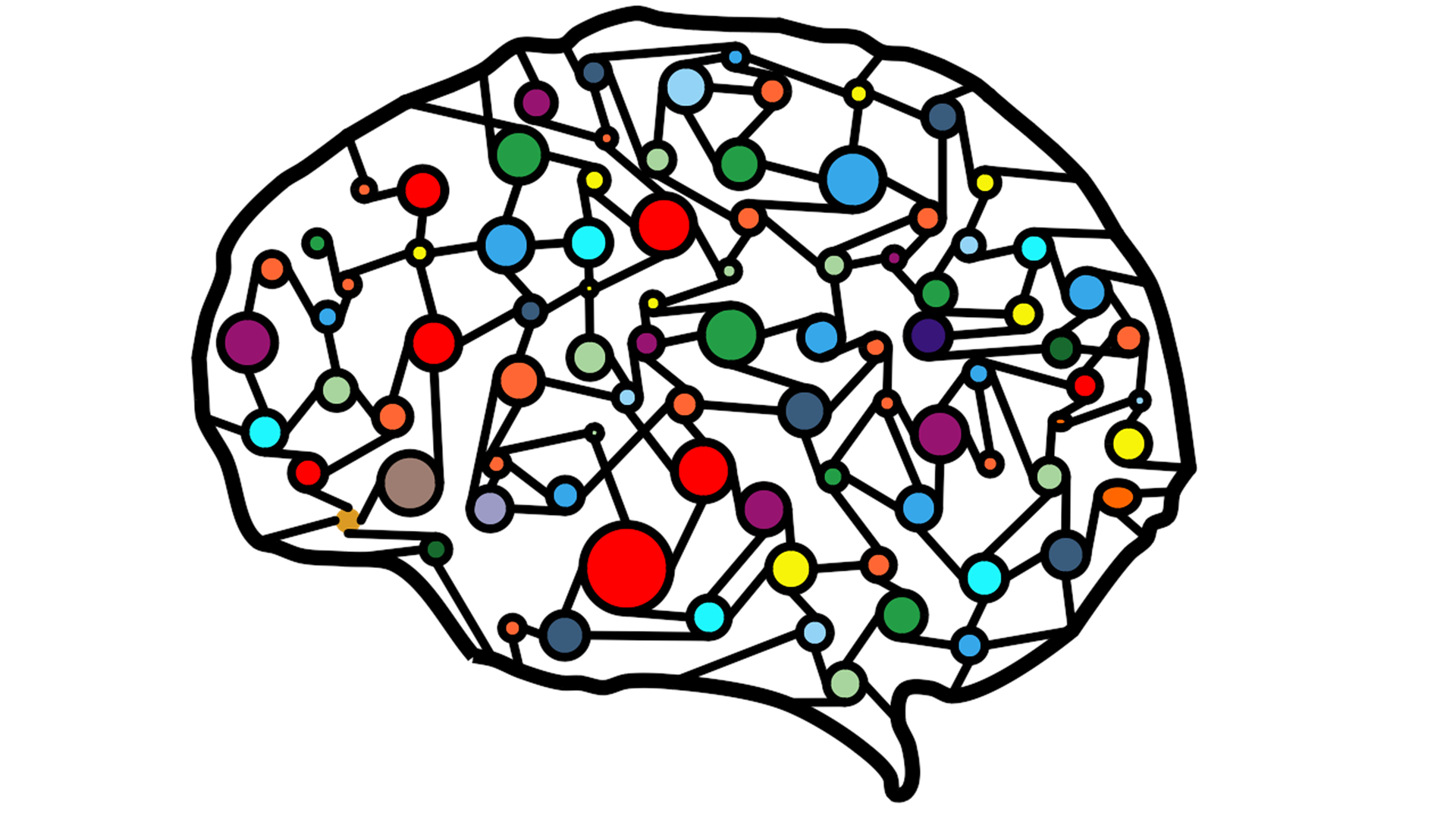 Neural Networks are series of networks of independent Neurons just like in our brain, but in computers, neurons are not the living tissue it is just a algorithm which give output based on given data.

The key advantage of Neural Networks, are that they are able to extract data features automatically without needing the input of the programmer.

A Neural Network is essentially a system of organizing machine learning algorithms to perform certain tasks. It is a fast and efficient way to solve problems for which the dataset is very large, such as in images.

To understand clearly, lets dive to its earlier stage!

In earlier times people tried to solve big data related problems using if else statements, for better understanding let's go through a example.

Suppose we want to build a AI enabled chat app which will talk to people just like any other human. for that we will write if statements (programming concept) checking if he/she says "hello" we will reply "hi" but the problem in this is that we need to write 100 or 1000 lines of if else logic which is very inefficient and a bad practice in programming world. So we take apply concept of our brain to a machine cause we don't have to think "if he says hello i will say hi" it's not a command, the reply changes based on situation.

Neural Networks are base of an AI model. As input data increases the accuracy of Ai increases

To overcome the disadvantages of if/else statements, people developed neural networks in computer using specific mathematical prediction algorithms.
Due to this we code the AI once and give it a collection of data, which is then processed by these neural networks to give output and the output changes as data changes.

PHP stands for PHP hypertext preprocessor it is a recursive acronym.

The main reason the Neural Networks are implemented to build AI because it learns as it get's more data just like human, if we do something we collect data from surrounding and learn new things and by practicing it (i.e, getting more data on same thing) we get perfect and master it.
To get better idea see the graph given below. 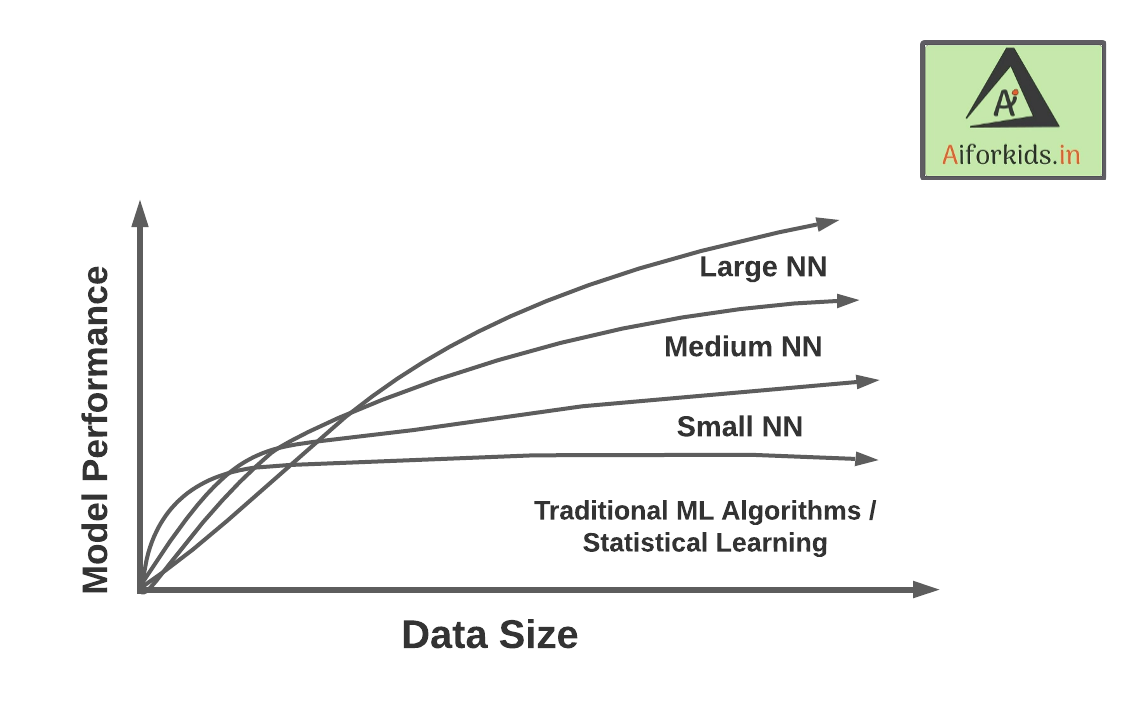 As seen in the figure given, the larger Neural Networks tends to perform better with larger amounts of data whereas the traditional machine learning algorithms stop after a certain saturation point.

This is a representation of how neural networks work. A Neural Network is divided into multiple layers and each layer is further divided into several blocks called nodes.

Each node has its own task to accomplish which is then passed to the next layer. The first layer of a Neural Network is known as the input layer.

There can be multiple hidden layers in a neural network system and their number depends upon the complexity of the function for which the network has been configured. Also, the number of nodes in each layer can vary accordingly. The last hidden layer passes the final processed data to the output layer which then gives it to the user as the

The output layer is responsible for producing the final result. There must always be one output layer in a neural network.
The output layer takes in the inputs which are passed in from the layers before it, performs the calculations via its neurons and then the output is computed.

The interior layers are sometimes called “hidden layers” because they are not directly observable from the systems inputs and outputs.

Given are the images of a Human Neuron and its relation with the Neural Network. The axon from a neuron sends an impulse to the synapse of another neuron. The impulse received is then sent to the cell body (nucleus) through dendrites. 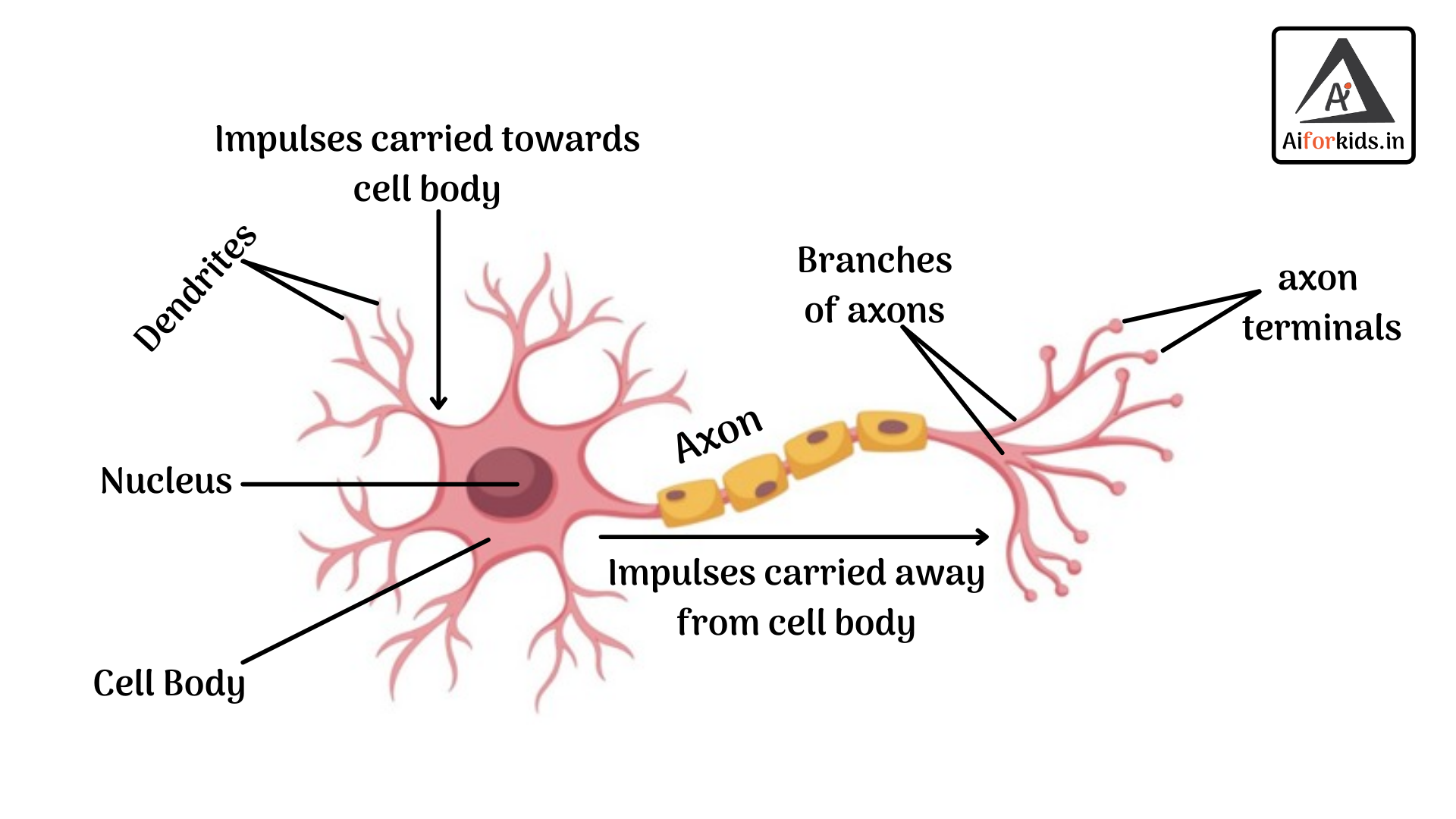 The cell body performs an activation function on the impulse received and then gives it to the output axon which passes the same to the next neuron in the system. Now as we relate this process with an Artificial Neural Network, we can see that the input layer gets data which is passes on to the nodes in the hidden layer.

The nodes perform specific actions on the data and pass the processed information to the next layer. In the end, the final processed data reaches the output of the system.

PreviousProject Cycle Next Introduction to AI