At Aiforkids you can find Artificial Intelligence Curriculum starting from Class 6 onwards for students and even Learning Enthusiasts.

For school syllabus you may visit - CBSE AI Curriculum

Everyone can learn AI

AI CBSE curriculum from Aiforkids for an Easy and Simple learning while giving priority to the school Syllabus.

Visualizing with animations to get even more better learning results and hence making AI Learning Simple.

Practice worksheets and quizzes from Aiforkids Knowledge Base or ask them and get verified answers.

WHAT CEO's SAY ABOUT

"AI is probably the most important thing humanity has ever worked on. I think of it as something more profound than electricity or fire"

"I firmly believe that India can lead the AI technology revolution. India has the world’s largest community of developers, a large startup ecosystem, and a strong scientific and engineering culture"

John McCarthy, who coined the term Artificial Intelligence in 1956, defines it as "the science and engineering of making intelligent machines."

We need Artificial Intelligence (AI) because the work that we need to do is increasing day-to-day. So it's a good idea to automate the routine work.

Artificial Intelligence has always been a term which intrigues people all over the world.

For More info Read What is Artificial Intelligence - Click here

The beginnings of modern AI can be traced to classical philosophers' attempts to describe human thinking as a symbolic system. But the field of AI wasn't formally founded until 1956, at a conference at Dartmouth College, in Hanover, New Hampshire, where the term "artificial intelligence" was coined.

Artificial Intelligence is not a new term it was started centuries ago and few of the events with there timeline were able to be captured .. Read More

The overall research goal of artificial intelligence is to create technology that allows computers and machines to function in an intelligent manner.

Cognition is defined as 'the mental action or process of acquiring knowledge and understanding through thought, experience, and the senses.

Intelligence machines are the machines which can mimic the intelligence of humans like Learning, Speaking, Understanding, etc.

Use of AI in Following Things/Fields/Areas:

Deep Blue was a chess-playing computer developed by IBM. It was the first computer to win both a chess game and a chess match against a reigning world champion under regular time controls. 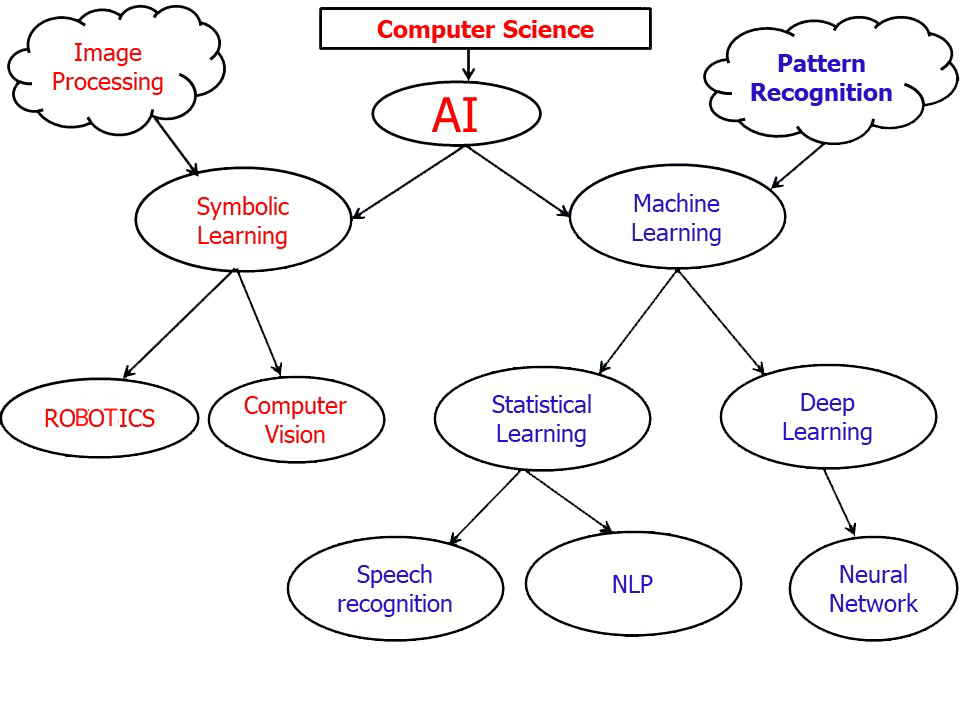 After Reading so much or just skipping to this session we encourage you to Start Learning with us.